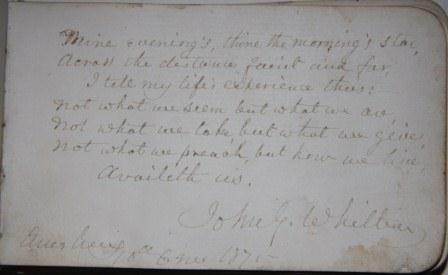 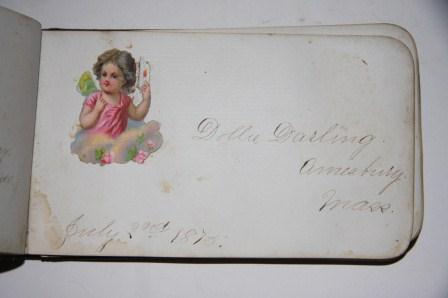 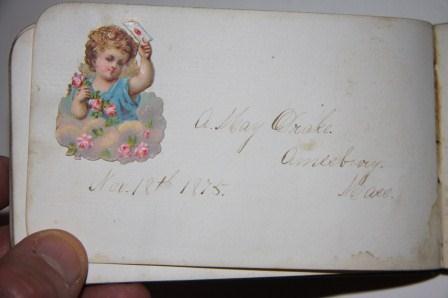 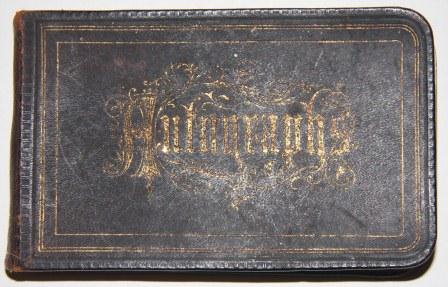 The poem epitomizes Whittier's aphoristic reads: "Mine evening's, thine the morning's star, Across the distance faint and far, I take my life's experience thus: Not what we seem but what we are, Not what we take, but what we give, Not what we preach, but how we live, Availeth us." The inscription was written to Etta Goodrich, whose album this was, and who probably was a neighbor of Whittier's, based on a number of other inscriptions being made in Amesbury or towns nearby. It is likely that Ms. Goodrich was also a young adult, since that was generally the age bracket of someone that would have kept an autograph album. All the other entries are dated 1875 or 1876 and were made either in Massachusetts or Maine, and there are some chromolithographic die-cuts. But it is the poem, with its wise counsel, that makes this album an intriguing and valuable item. The album is oblong, a mere 5 by 3 inches.