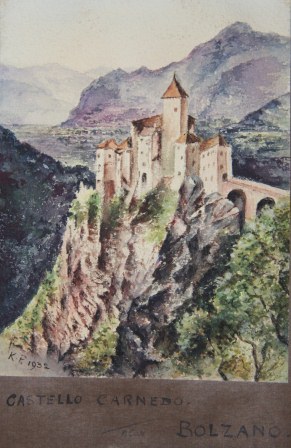 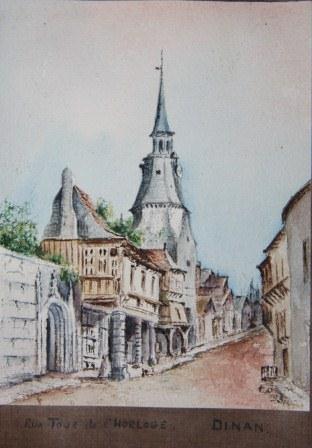 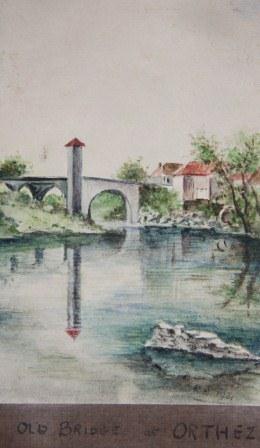 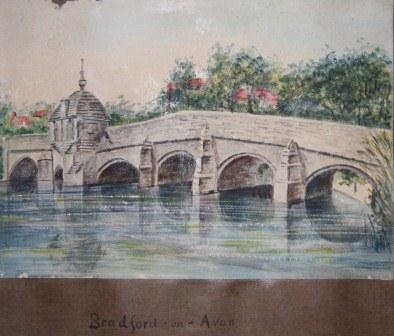 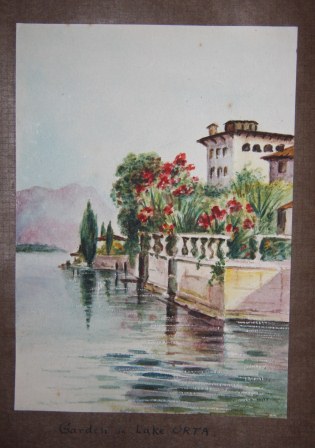 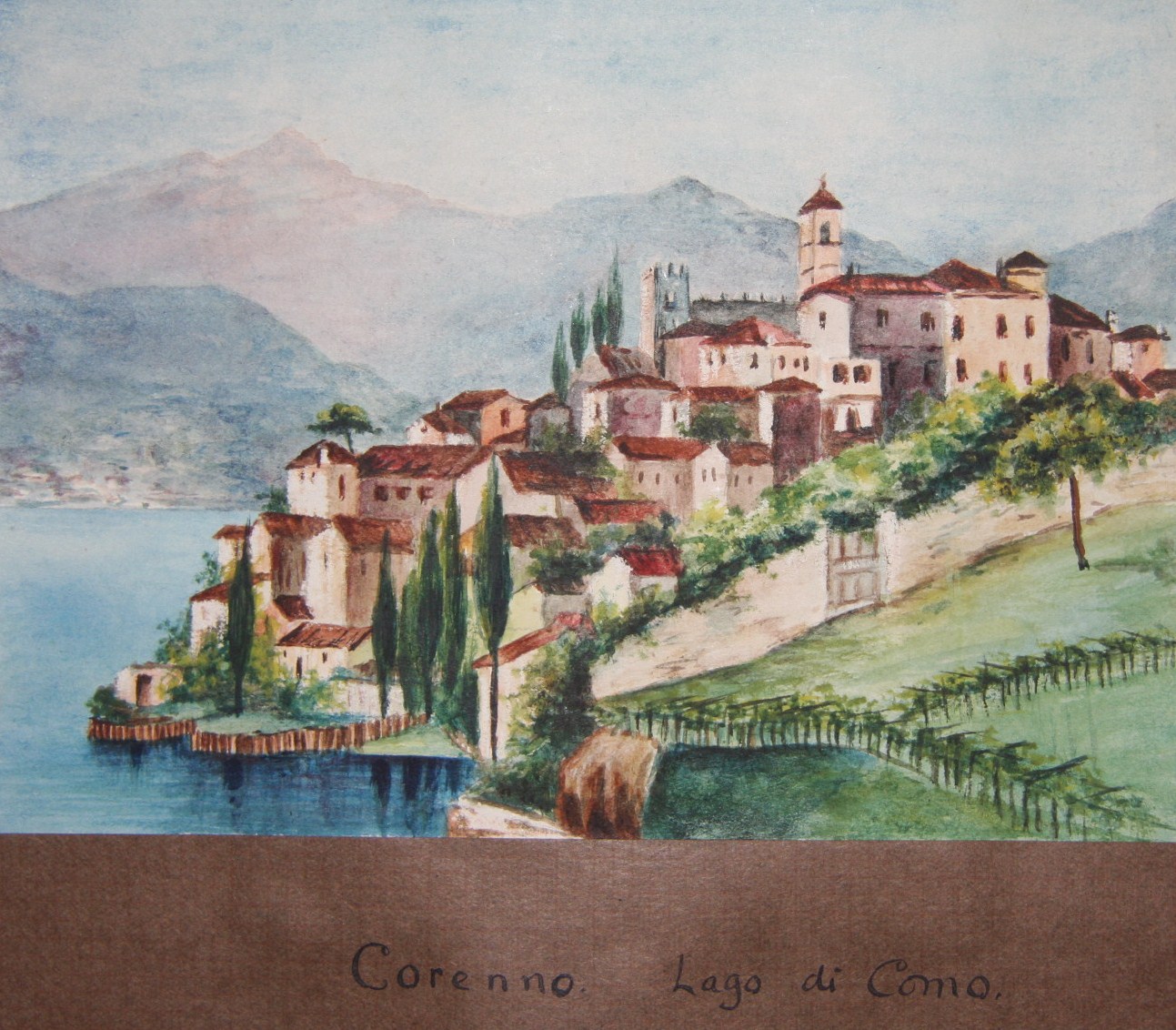 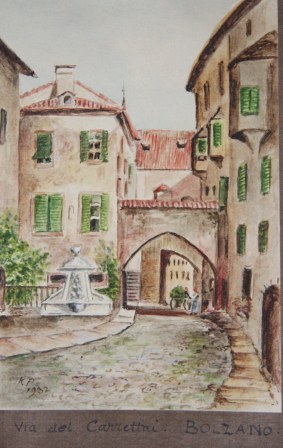 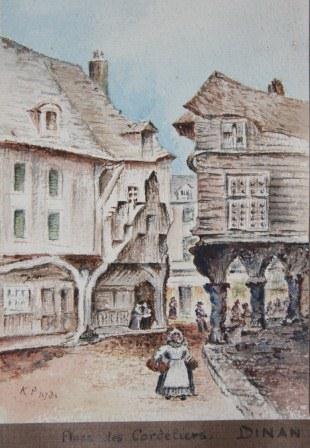 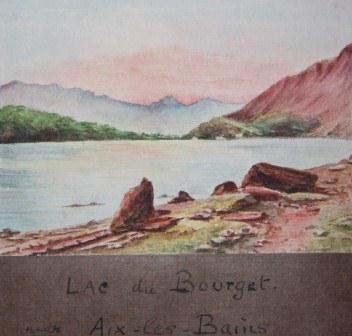 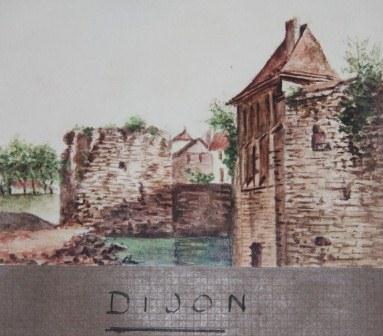 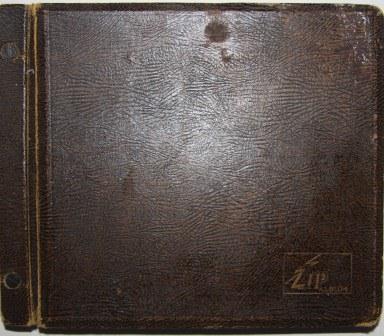 N.d., 1905-1932. 43 leaves, with 86 watercolors of different views from England, France, Italy, the Lowlands, Switzerland, all done by a very accomplished hand during the first third of the 20th century. The views of both panoramic and close-up, natural scenery and architectural, with bridges, castles, cottages aplenty. The artist was concerned with capturing the beautiful and rendering it so -- this was not the effort of a modernist cynic wallowing in irony, the sordid, the underside of things -- and so there is a dream-like quality to the art. That all was done by one artist contributes to the satisfying cohesion of the album. The images might not individually be particular original in their treatment, but that doesn't negate the sensual, sensate appeal of them, and the effort that each image represented speaks to a level of appreciation for sights that is impossible to achieve in our era of commodified tourism. This kind of album is an affirmation of the rewards to be garnered on the Grand Tour of Yore. The pictures are not signed other than a handful with the initials "KP" and dated from 1905 to 1932. There can be no question that they are all by the same hand, and that KP probably had it in mind to create a cohesive album like this. The album itself is strictly utilitarian in its design, with screws used to bind the leaves together, and the boards covered with an office log leatherette which is now rubbed and worn. The leaves are of a near card stiffness, though, which is well-suited for the mounting of the watercolors thereon. The oblong album measures 26 by 21 cm, 10 by 8.5 inches, and the watercolors are of varying size but typically cover a little more than half the surface.