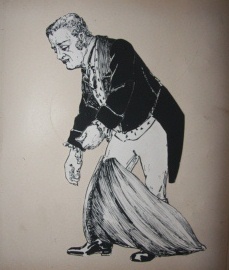 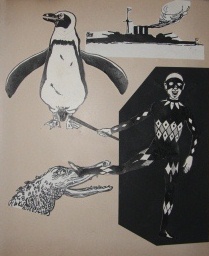 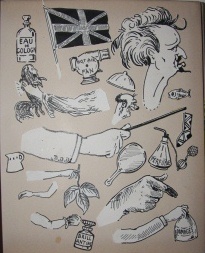 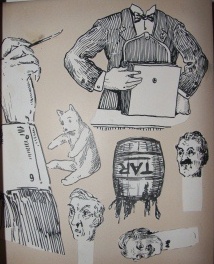 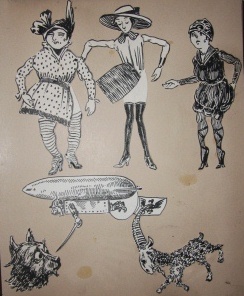 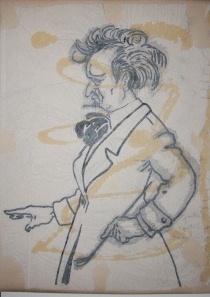 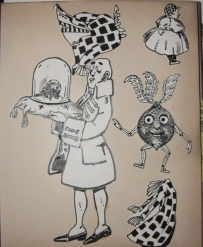 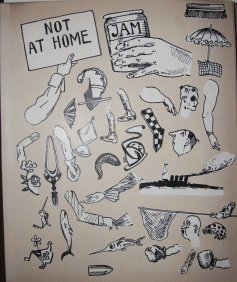 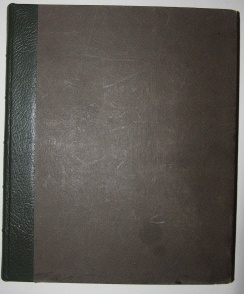 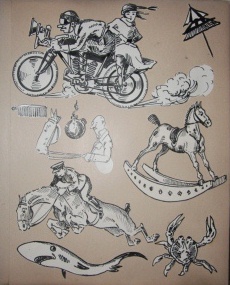 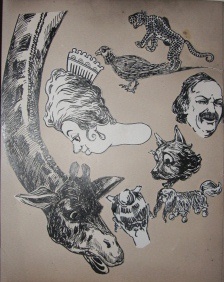 Album of Humorous Cut-Out Figures, Detailed with Penwork, And Some Movable

Highly unusual and original album of cut-out figures, loosely in the style of an Edward Lear. N.d., early 20th century. With 21 leaves. There are images of early cars and scooters, and a reference to Teddy's braces, which is probably referencing Theodore Roosevelt. Most of the figures, though, could easily be late Victorian as much as Edwardian. The juxtapositions on some of the leaves can be manic, and that is part of the fun, in addition to the figures with movable parts. The effect is that of collage. There is the occasional political reference, but there would seem to be no agenda other than the nihilism of humor and caricature. Rebacked with green morocco. A few leaves have apparently disappeared, based on the evidence of offsetting, but since there is no narrative, the loss, such as it might be, would otherwise not be noticed. A few of the cut-outs have become loose, and a few others have minor losses (a limb, and the like). Regardless, a wonderful piece of home made entertainment.

Title: Album of Humorous Cut-Out Figures, Detailed with Penwork, And Some Movable

Album of Humorous Cut-Out Figures, Detailed with Penwork, And Some Movable