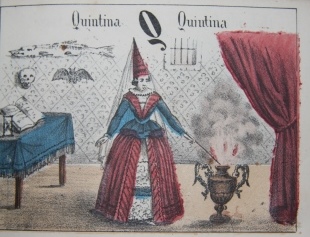 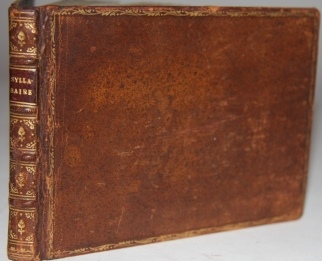 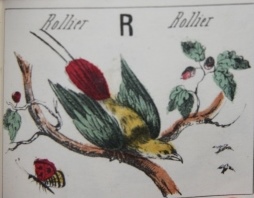 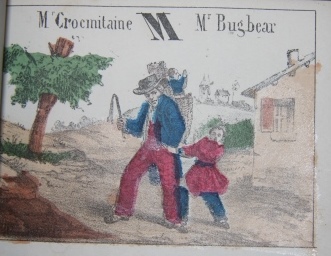 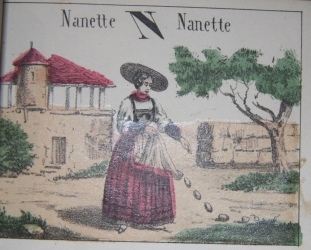 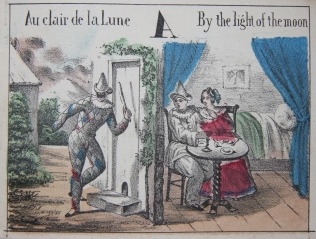 N.d., circa 1840s. Oblong, 9 by 13 cm. Two titles, and 24 leaves each, with color plates on one side of each -- generally the rectos. Unpaginated, Scarce, with no copies located on OCLC of these Syllabaires by Marchand, and only one copy of a similar one by Marchand located (relating to women's professions). The color is mostly blue, green and red, with some shades of brown, and especially in the latter book about birds, it can be applied crudely, while the lithography is somewhat naive. The ABC, abecedaire, applies entirely to the French vocabulary, with English being a non-ABC translation of the French. Thus, for "A", we have "Au clair de la lune," which in English is rendered as "By the light of the moon." Some of the Contes de Fee, or fairy tale, items may be obscure today, such as Quintina or Zelie. The title pages are overtrimmed on the bottom, with partial loss of lettering. Toning along the edges. Occasional foxing, heavier on last page. Joints repaired. Edgewear to the calf.