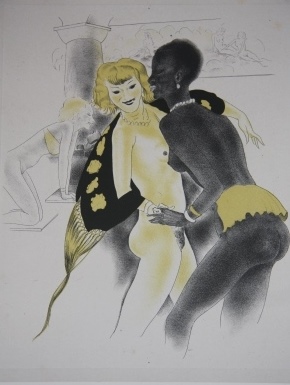 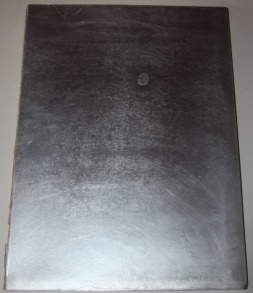 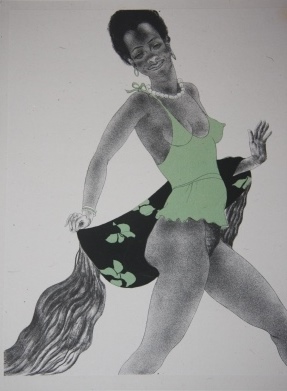 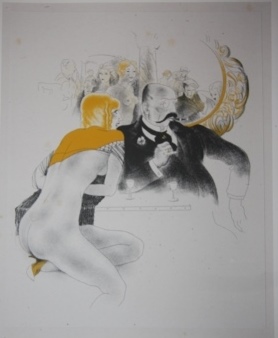 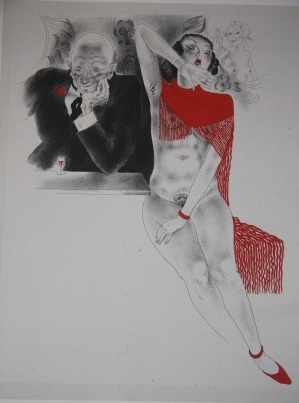 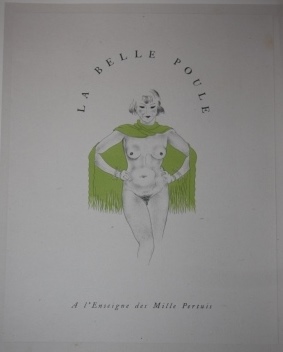 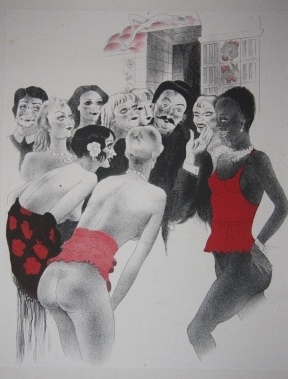 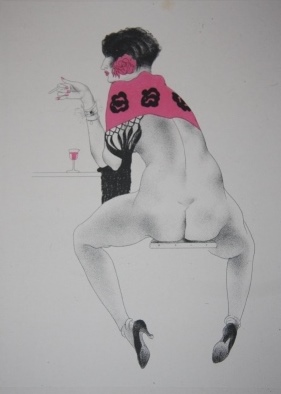 N.d., circa 1930s. Folio, 39 by 29 cm. Eleven plates, including title page, housed in a silver folder. The artwork depicts showgirls and their patrons of the shadowy Parisian nightlife demimonde. The style is very much in the style of George Grosz, who almost certainly was a strong influence on Fay in this project. Here we see the lecherous patrons, generally looking like gluttonous capitalists, and the jaded, lewd showgirls generally in a state of dishabille. Coming across very clearly, though, is their solidarity with one another, and there is a strong whiff of lesbianism in their bond, although it should be emphasized that this is never explicit. The ambivalence of the pieces applies to other aspects of them and is in fact a source of their power. There is also an interracial element to the ladies, with black performers among them. At the time, the free and easy relationship among the races probably had a shock value; one wonders whether indeed this was one venue where racial tensions simply melted away among its denizens. The plates have touches of bright color, with the charcoal shading and crisp pencil lines creating an overall tenebrous, netherworldly atmosphere. Fay was an American illustrator who studied with N.C. Wyeth and became a regular contributor to "The Saturday Evening Post" and "The Delineator". He spent much of his career in and around Paris and London, eventually moving outside of Paris, then London, full-time. Scarce, with the only known copy, and this is of only a single lithograph of the set, at Harvard. Moderate wear and soiling to the metallic silver pastedown on the outside folder. Light soiling in the margin of the title plate.