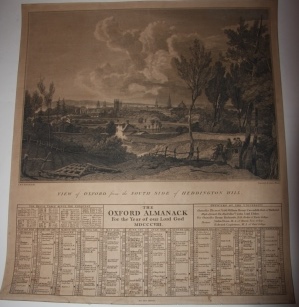 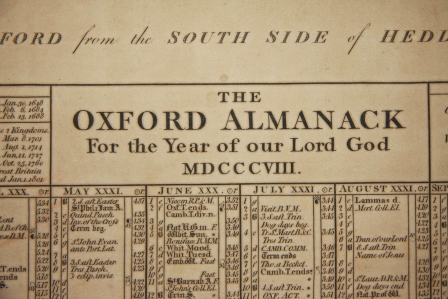 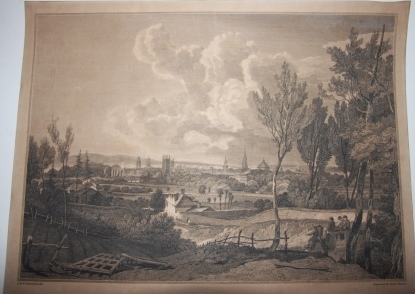 A scarce broadside almanac and one dominated by a Turner panoramic view of the university town from the far side of the river. Measuring 54 by 48 cm. About two-thirds of the broadside is taken up with the engraving. Below the engraving is the calendar. In between is the title in a center box, and to its sides are boxes with one, listing the kings of England, the other, the then current officers of the university. Only known copies at British Library and Ashmolean. Backed by linen, as we believe it might have been originally so issued. Light soiling, but mainly an appealing patina from the age toning.

Title: The Oxford Almanack for the Year of our Lord God MDCCCVIII View of Oxford from the South Side of Heddington Hall