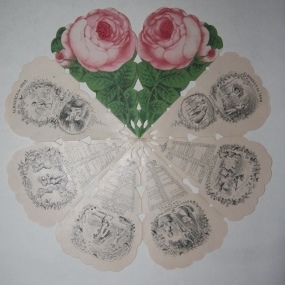 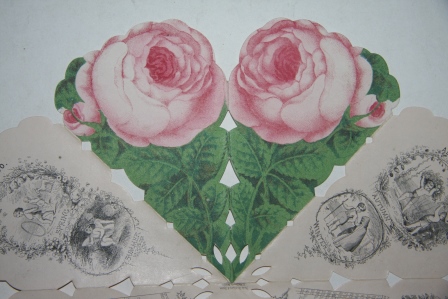 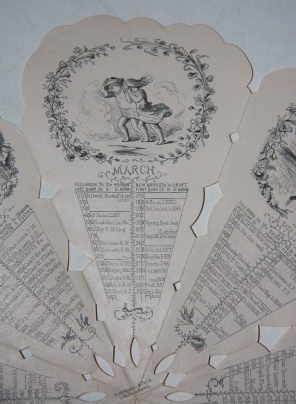 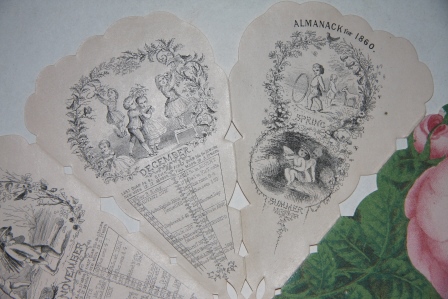 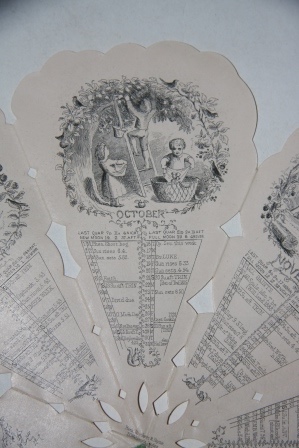 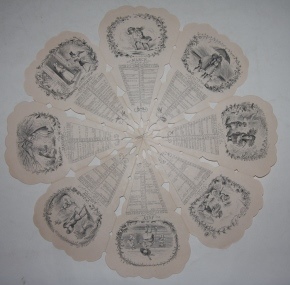 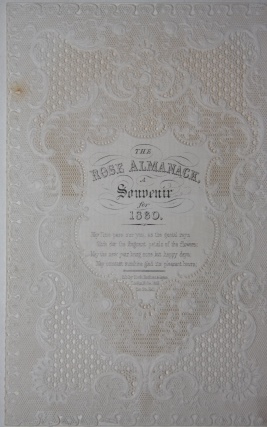 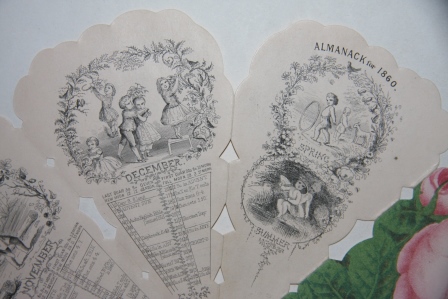 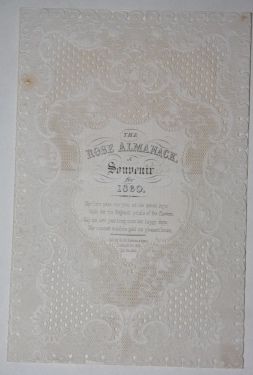 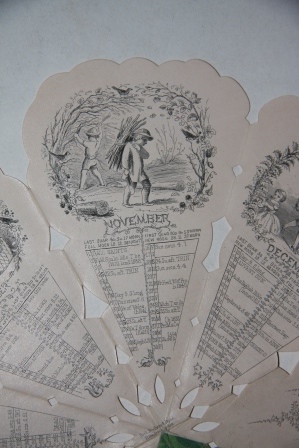 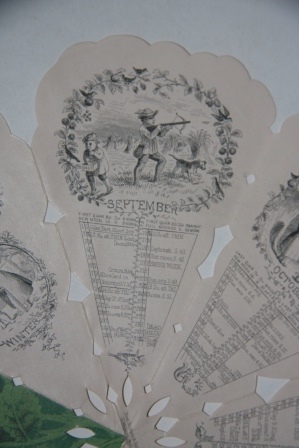 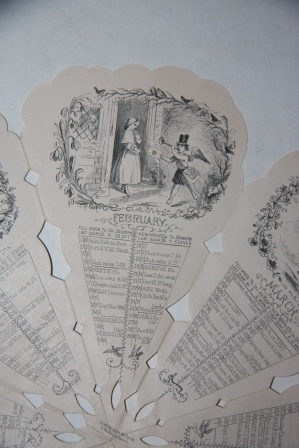 The Rose Almanack. Souvenir for 1860.

Highly unusual paper fold almanac, shaped when open like a snowflake -- and meant to suggest a rose, obviously. Closing to two shaped panels, loosely approximating triangles, with chromolithograph images of roses. Scarce -- we were unable to locate any other copies of this one, and also more broadly, we are unaware of other such origami-like almanacs. We often enough see such paper as souvenirs for cities, bearing titles such as "The Washington Rose", with views of the city's landmarks on the petals, but not this variant with petals representing the months of the year. Open, 24 cm across (at widest). Closes to 12 cm tall, 7.5 cm wide at widest. Printing on both sides, with two panels with the color chromo, twelve for the months, and two devoted to the seasons. For each month, there is a pretty lithographed vignette of children engaged in some activity might commonly be associated with the particular time of year. In Jaunary we see the children huddled by a fire as they warm their hands. For February a juvenile seraph is blowing a horn to announce Valentine's Day. In March the children are resisting strong winds, and April shows them under an umbrella. And so it goes, with scenes of croquet, hunting, orchard picking, harvesting and other things for the following months. Each month, under the vignette, has a table of days with snippets of information about some of the days, as the norm for almanacs -- a feature that is most basic to an almanac. The two panels covering the seasons have two vignettes each, meaning there is a vignette for each of the four seasons. Included with the folding and shaped almanac is the original envelope which has extremely elaborate rococo decoration resembling intricate lace-work, with raised tracery, and many tiny needle-sized holes such as characterizes fine linen. The envelope, besides the title on its front, has four lines of verse.

Title: The Rose Almanack. Souvenir for 1860.

The Rose Almanack. Souvenir for 1860.